Greeting gals and guys! I am riding the waves of my 50 in 2015 book challenge and BOY IS IT FUN!! I am finding that at I read at various paces (hence the waves) but I am trying to continue to get you three posts per book. That being said, I needed to go back and re-visit Andrew Buckley and his book Death, The Devil and The Goldfish. I had been asking a 5 question series to each author but Andrew has something HUGE coming down the pipe so I thought this would be the perfect time to let him tell you about it…

Back in 2007ish I was working as a student advisor for an art school and I met and made friends with a Graphics teacher called Rob Parsons. Rob and I became good friends as we shared a similar sense of humour and a love for everything geeky, particularly comics. We once raided an estate sale together where we easily scored over a hundred graphic novels though I snagged the prize piece: a 1989 leather-bound ‘The Complete Frank Miller Batman’. Jump forward to now, Rob since moved to the other side of the country (the colder side) and we touched base through social media and the occasional phone call. I’d become a published author and Rob had taken to developing new ideas. One such idea, called Artisync Technologies, gained support and funding in 2014 and is fast becoming a central hub for comic book creators. Using a dynamic web solution, the company aims to bring together artists and writers to collaborate on comic book projects and plan to make a splash on the indie scene this year.
In order to kickstart their company they opted to produce two projects. One was a local comic strip from the 80’s they’re recreating and the other is a 6 part comic book series of my debut novel, DEATH, THE DEVIL, AND THE GOLDFISH. Rob called me up and asked if I was interested in writing the comic book adaptation, we sat down with my publisher, Curiosity Quills Press, and worked out a deal. Artisync Technologies will produce and release the digital issues of the comic book, also providing the artwork, colouring, and lettering. Once the run is complete, Curiosity Quills Press will compile and release all the issues (including 5 mini issues) as a full graphic novel available in print and digital formats.  I’m co-writing the script for the comic book adaptation issues and mini-issues along with my good friend, filmmaker, and comic book guru, Chris Morris.
Issue #00 will be a free mini issue and covers the event of the prologue from the book. Both issue #00 and the first full issue #01 will both be released on free comic book day on May 2nd!

Here is a sample of some of the artwork 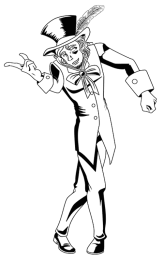 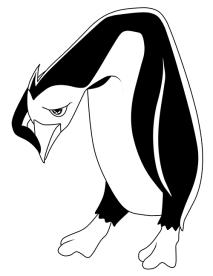 Ok, I am so STOKED I can’t even stand myself right now. The style of this artwork matches the feel of the book perfectly!!

If you haven’t already, you can grab a copy of Death, The Devil and the Goldfish here:
http://www.amazon.com/Death-Devil-Goldfish-Andrew-Buckley/dp/1620071258/ref=sr_1_1?ie=UTF8&qid=1428499594&sr=8-1&keywords=andrew+buckley
Remember to keep an eye out for a preview of the graphic novel on Free Comic Book Day!!!
(As Andrew would say) Cheers!
~CC