Oscar Isaac as Poe Dameron, posing next to his X-Wing

Vanity Fair has released 7 awesome new stills, photographed by Annie Leibovitz, revealing our first official look at Adam Driver without his Kylo Ren mask, Gwendoline Christie as Captain Phasma, Lupita Nyong’o wearing a mocap suit for her role CGI character Maz Kanata, a pirate, and more. Check it out and May the 4th be with you! 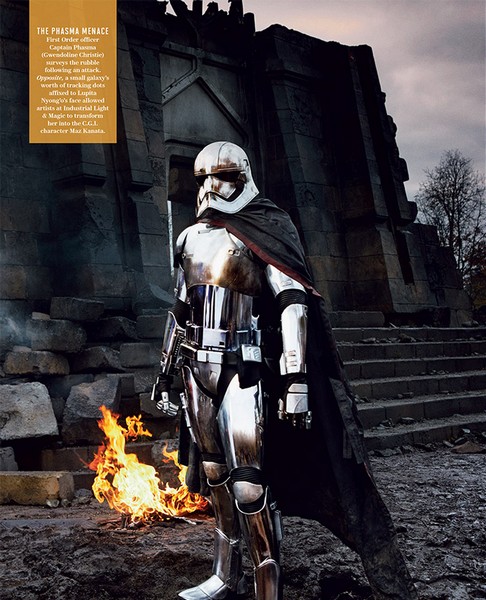 J. J. Abrams directs Actress Daisy Ridley for a scene in which her character, the young heroine Rey, pilots her speeder through a bustling marketplace on the planet Jakku.