One of the coolest things about WGGs is the connections that we make! I’m am thrilled we were introduced to a few UK based publishing companies recently and even more thrilled to be getting to know some talent they house. 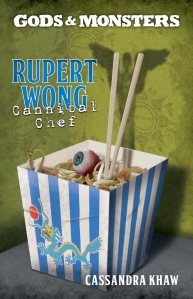 This is the end: dying a good death in SF

I’m moderately obsessed with death. Some days, it’s in a morbid way. Other days, it becomes an academic interest. But I think about dying a lot, about the process of it, the consequences, the biological repercussions — it’s a lot to take in.

The result of all that thinking, however, isn’t fear. There’s some of it, of course. You can’t think about cessation without feeling a tremor of concern. But for the most part, all my pondering makes me think: I hope I have a good death. What a ‘good death’ means will probably vary from person to person? From what I’ve read, physicians seem to define it as a sense of ease, a willingness to let go despite the impulse to hang onto life. Others want to die with the knowledge they’ve accomplished something, be it securing the future of their family or saving the world.

For Rita Vrataski, Special Forces warrior in The Edge of Tomorrow, a good death is dying to stop the Mimics that were assaulting Earth. A good death is dying a soldier. And she gets what she wants. I know people have been conflicted about whether Rita perished unnecessarily, or if she went down a heroine. Personally, I think it was the latter. Without giving away even more spoilers, she very clearly chooses her own death. It’s a decision couched in rationality, in self-sacrifice. When she leaves, she takes a kiss from Tom Cruise. Not the other way around. Girl kisses guy, because hell, she’s the one who has been firing literal rounds in her head, anyway. She dies with agency, a perfect a death as anyone can hope for in an impossible situation.

But then Hollywood snatches it from her by returning her back to life in a nonsensical ending. Ugh.

I sort of get how that works. By and large, Hollywood seems to have a fear of death. The two attractive leads dying in battle? Blasphemous idea. In popular media, death seems so much like a plot device, a thing you use to communicate narrative rather than a fundamental truth of reality. Which is a shame, really, because there’s a lot of value in a good death and a lot of value in teaching people not to be terrified of the prospect.

We are all going to die. How we choose to die, however, can define how we live our lives. So, why not talk about it? As storytellers, we have a responsibility to package the idea for our audience. It’s just as important to convey the value of an enduring legacy as it is to script our preparation for the end. Joe Hill’s work pulls such ideas to mind. In NOS4R2, he kills an important figure after 700-pages or so. I remember shouting at my copy. I was indignant. How could he allow that character to die? But slowly, hurtfully, it started making some kind of sense. It was a good death, a brave one, a better one that most of us could have hoped for.

So, let our heroes die and let us mourn them. Show us the value of living fiercely, even with the knowledge of the inevitable looming over our shoulders. Give us a good death so we can prepare for our own some day. 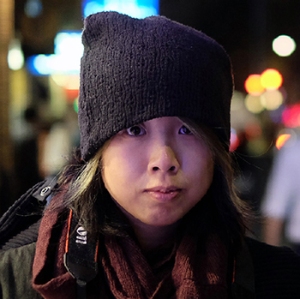 Cassandra Khaw is the business developer for a micropublisher Ysbryd Games, which specializes in narrative-driven video games. When not otherwise sending press releases, she is reading them. The Malaysian transplant contributes regularly to technology outlet Ars Technica UK. Somewhere between all that, Cassandra spends abnormal amounts of time writing about living architecture, Southeast Asian mythology, and fantastical things like older female characters with agency.

I’ve got my copy and a review will follow in later post! Let me know what you think!!

P.S. – Thanks for stopping by Cassandra!