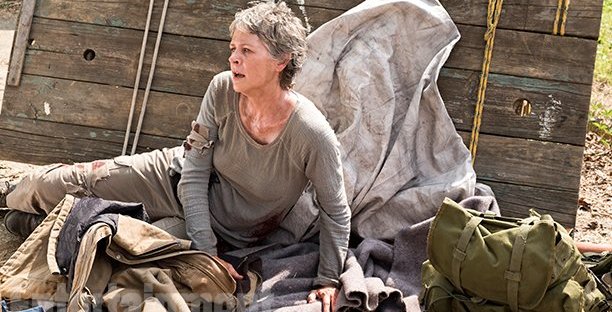 AMC has released, via Entertainment Weekly, six new still from the upcoming seventh season of ‘The walking Dead.’ The image features Carol (Melissa McBride) in The Kingdom, Morgan (Lennie James) making his way to The Kingdom, Jesus (Tom Payne), King Ezekiel (Khary Payton) on his throne, Negan (Jeffrey Dean Morgan) arriving in Alexandria, and a bunch of walkers.

In an interview with EW, Khary Payton spoke about his audition process, “The [audition] process was relatively simple, honestly,” said Payton. “It was essentially a four or five-page monologue that they gave me, so I spent a good 72 hours pretty much by myself cloistered in a cave trying to get everything down. I didn’t audition in front of producers or directors or anything. It was all on tape, so it was just myself and the casting director.”

Payton went on to say that he felt a connection with his character in a weird way. “I always say that when you’re in this acting business, you get a lot of rejection. You get a lot of people telling you no and you’ve got to get up, dust yourself off, and try again, and I feel like in a way Ezekiel fits that same mold where he’s in the hope business. I always say I’m in the hope business. You’ve got to stay hopeful. You’ve got to get up off your behind and try again no matter how many times they tell you it’s not going to work out. Your opinion’s got to overshadow whatever negativity might come your way. In a zombie apocalypse one can find themselves getting down about their situation, but Ezekiel’s not one of those people. He fights with all he’s got to make sure he stays positive and stays joyful. That’s what I love about him.”

Payton describes the character with the following:

“He’s in the business of not losing himself to his surroundings. I don’t let things get me down. I brighten the things around me in that it’s a party when you’re going to be around him, and whether it was a party there before it’ll be a party by the time he leaves. I love even his relationship with the zombies themselves. He’s a guy who doesn’t think of them as having a physical disease. It’s more that their joy was robbed from them, and that he’s one of the few people left on earth whose joy hasn’t been robbed, and to him, that’s the difference between the living and the dead. If you’re still human, but you’re letting your joy be taken away from you, you might as well be one of those mindless creatures walking all over. So to him, it’s kind of a weird philosophy of life that he’s developed living in this apocalypse that you don’t let this world turn you into something that you’re not.

On how his voiceover experience helped him work alongside a CGI/animatronic tiger:

It’s just another beautiful way that I get to use my imagination. As far as I’m concerned, Shiva’s as real as the people standing next to me — as Morgan or Carol or any of the other people who move among the Kingdom itself. So I really don’t think of it as CG or mechanic. All I know is that she’s real to me. I’ve done a lot of video games where there’s literally nothing standing in front of me. I’ve done, you know, a lot of voiceovers where there’s literally nothing standing in front of me, I’ve got to make it all up, so this is just another situation where my imagination gets to be used in another context, so no matter how good they bring it to life, it’s already alive in my head.

Shiva is the beginning and the end for Ezekiel. She’s one of the reasons that he didn’t lose hope when this whole thing started. She’s this beautiful unique creature in the middle of this dark, dark time, and so she’s beloved, and she’s also a symbol to him of what it means to be different in the context of the world that you’re living in. It’s like she’s a constant reminder every time he looks at her that there’s beauty in the world. She started off as his protector and now he feels like that relationship is reversed and she’s this giant, powerful symbol that he feels a real kinship with and a need to protect. So she’s kind of the end all, be all for him. I think Shiva’s a really appropriate name for her because she’s hallowed in his eyes. She’s holy in his eyes. 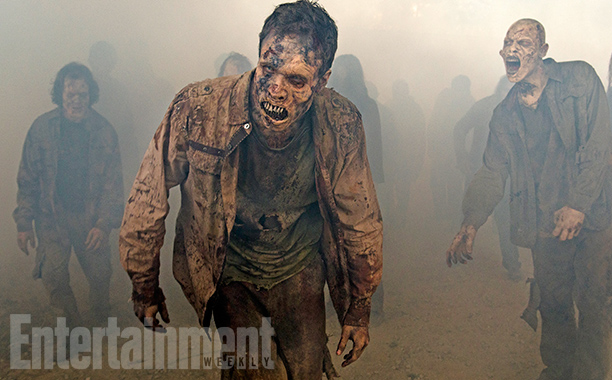 ‘The Walking Dead’ returns to AMC in October 2016.