GMA is thrilled to be working with Matt & Acme Archives to showcase this amazing poster for the film’s 30th anniversary. “The Fly” will be featured as 2 separate editions, a regular and a glow in the dark variant. 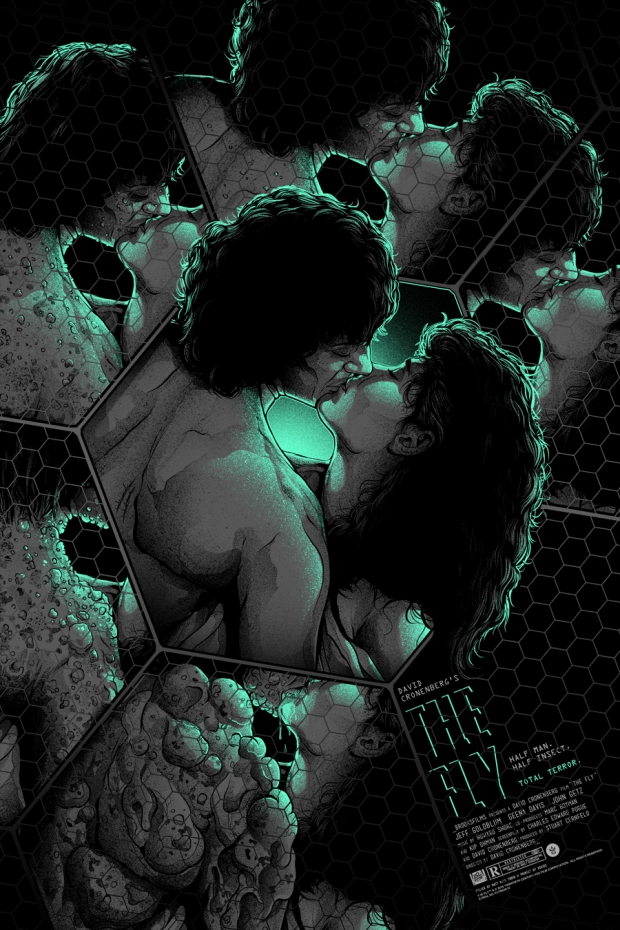 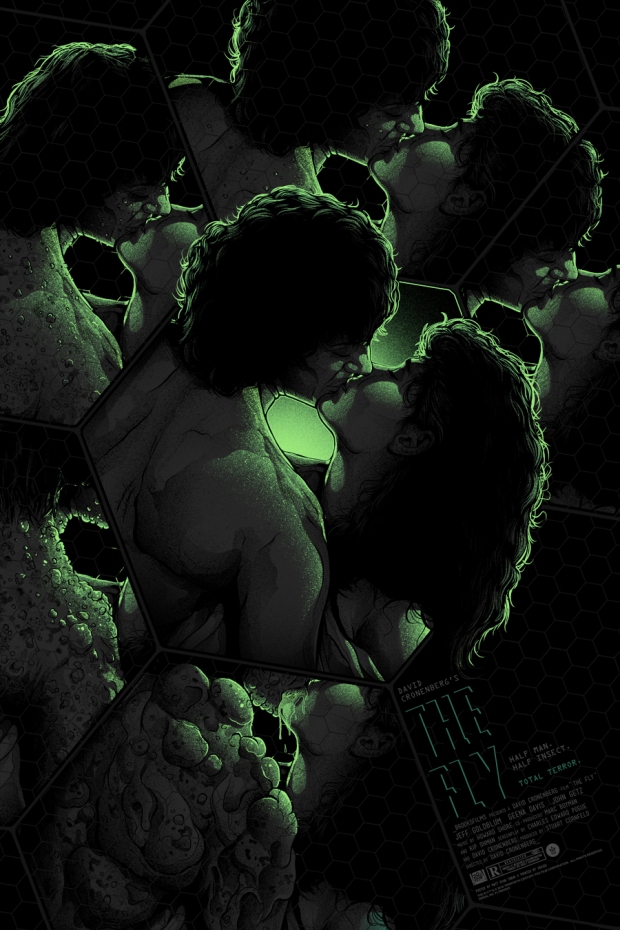 Here’s what Matt had to say about the poster, via his site:

This poster is one of my favorite compositions I’ve done. It really was a lot of fun. What I knew going into creating this poster for the good folks at GMA was that I didnt want the poster to feature an actual fly or the teleportation machine. That wouldve been a pretty wasted opportunity…as its been done before – albeit some very well done and brilliantly executed – I just personally wanted to steer clear of that direction.

Instead, I chose to show Seth’s metamorphosis, sure – but really I wanted to capture the love story aspect of Cronenberg’s THE FLY. Somewhat of a homage to Tom Jung’s iconic “Gone With The Wind” poster.

Theres something so poetically tragic about Seth and Veronica’s sweet but brief romance. I have always found the film to be more heartbreaking than anything else. I wanted to show that love fought hard even amidst all the grotesqueries; insect bile and all.