Mad Duck Posters are excited to announce their first print release of 2017. This Friday, they will be releasing the next print in their Alfred Hitchcock series, “Rope” by the talented Jack Durieux!

Check out the sale info below: 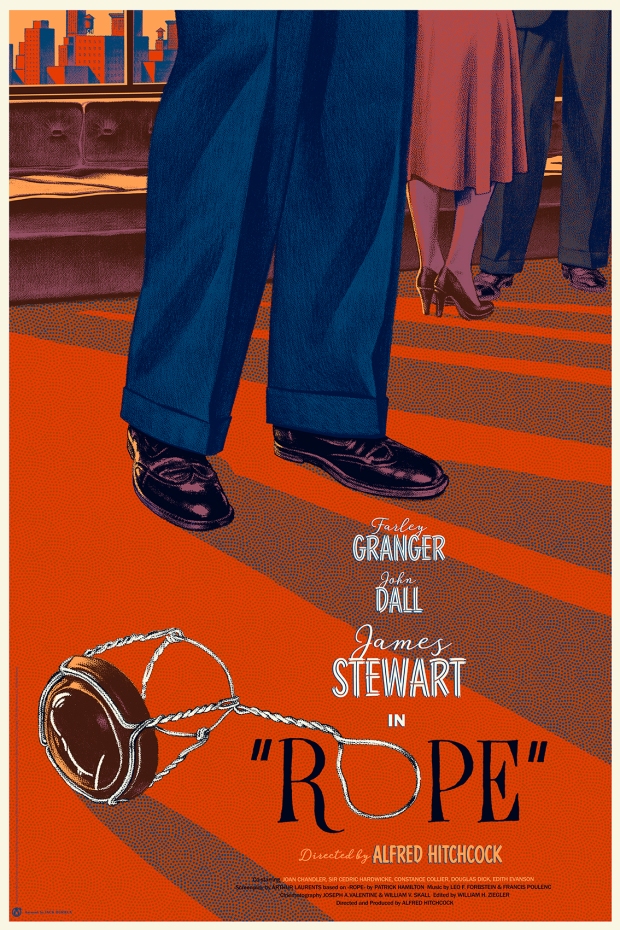 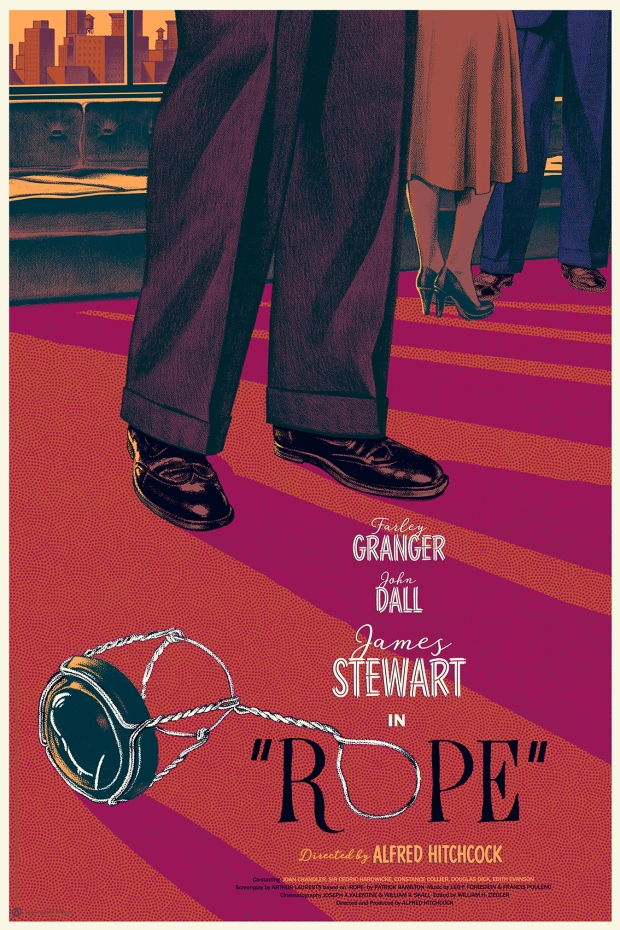 Here’s what Jack had to say about the movie and project:

“’Rope” has always been one of my favorite Alfred Hitchcock movies.  It not only features my favorite actor, James Stewart, but I also admire the wit with which Hitchcock mirrors the actual movie title (Rope) with the way the whole movie was shot in an (apparent) one long continuous take, just like one long rope. When I was asked to work on “Rope'” I wanted my poster to emulate that wit as much as I possibly could and also somehow show Brandon Shaw’s (Dall) perversion and sadism. I knew I didn’t want to represent any rope nor show David Kentley being strangled which would have been either too literal or too gruesome. So my idea was to represent the macabre and sadistic party by showing a champagne wire hood which would suggest, in a subtle fashion, the crime weapon.”

Both editions will be released Friday, January 13th at 12:00 PM(est) at Mad Duck Posters.