Greetings ALL! I had just a few more spoilerish thoughts so if you want to avoid them, don’t go past the link to purchase the book! Enjoy! 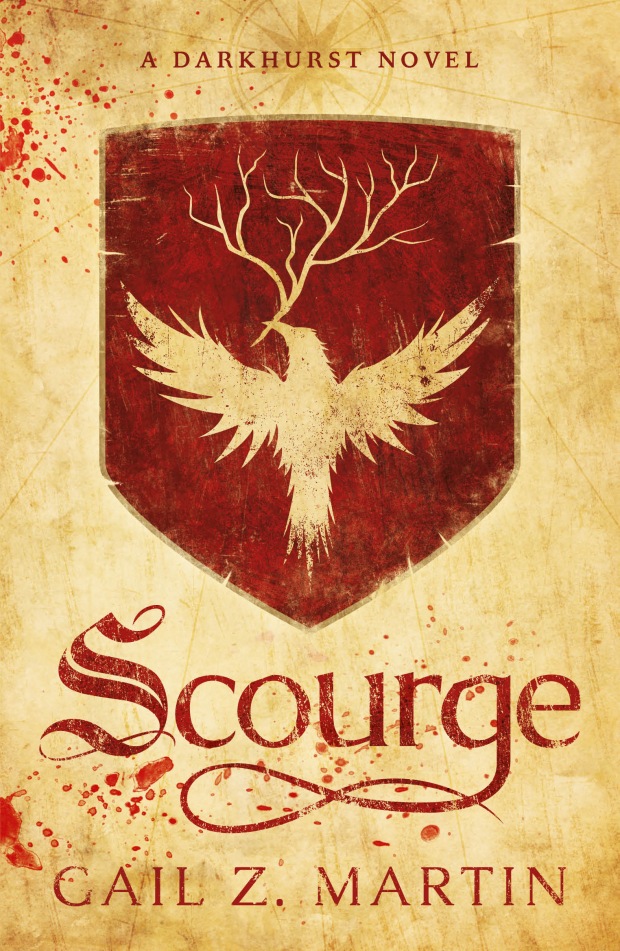 Just when I think I’ve found my favorite piece of work from Gail, she writes something I enjoy even more.

From the moment I got my hands on Scourge, I knew I was in for one hell of a ride.

For starters, the story is bound in an incredible cover. The blood spattered crest of Ravenwood beckons the reader to open its pages. I’ve been gushing over the cover since it was debuted and it’s one of the top book covers I own. It’s so simple but compelling.

The story itself follows the brothers Valmonde and their other Guild member friends as they try to discover the cause of recent monsters attacks in their part of the city and also survive the increased brutality of the city guards.

Ancient, magical blood runs through their veins forcing them to play a crucial role in the unfolding of the story.

Family bonds, brotherhood, ambition, manipulation, love, life, death and everything in between drive this page turner into the very depths of the After itself.

Oh and there will be blood.

If you are an epic fantasy reader that isn’t afraid to get knee deep into a tale of survival, doubt, hope, uncertainty and retribution, Scourge is the book for you!

Get your hands on it now. In case it bares repeating, I highly recommend the physical book! It’s just spectacular! 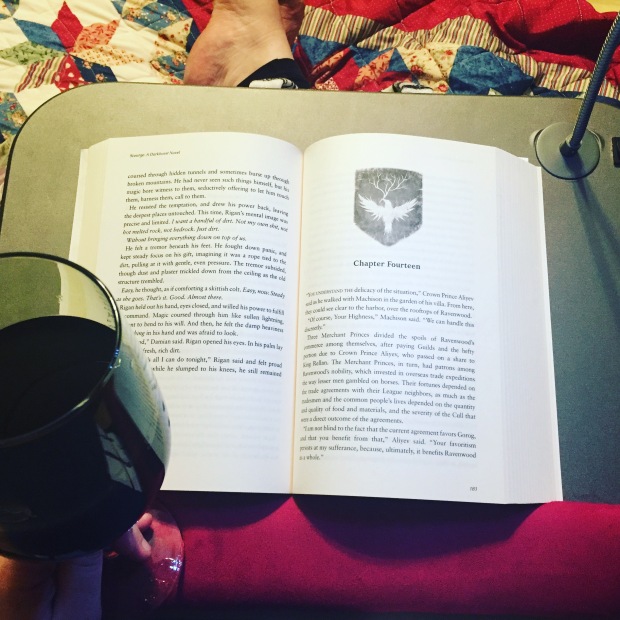 Maybe I’ve been spending tooooo much wandering the streets of Bree in LOTRO BUT I just adored Ravenwood. I know, it’s going through a lot throughout the story but it was just so easy to picture the streets, alleyways, taverns and overall layout. I could follow Kell on his body run and visualize each place and person clearly. If I was a better sketcher (I know, I really should just practice more), it would be fun to make a go of sketching the town.

Growning up with two brothers probably helped draw me right in to the Valmonde characters. Funny enough, I feel like my brothers and I would fall right into the roles of Corran (my older brother), Rigan (me) and Kell (my baby brother). This dynamic made their relationship with eachother all the more relatable…so, naturally I was more emotional than some might be but it only added to the read. I enjoy emotionally connection…even if it ends in tragedy.

Death really was around every corner of this story BUT I didn’t expect to lose a main character so soon. Kell was just starting to come into his own and that leaves me hoping that it really isn’t the end of his story. I trust Gail’s process so I wasn’t bummed for too long.

Ok, my extended two cents is spent. If you’ve read Scourge, let’s talk about it!! Post what you thought in the comments or on our social media!!