During the studio's Hall H panel atSan Diego Comic-Con, Marvel Studios revealed the new logo for 'Thor: Ragnarok.' It looks like a logo for a 1980s retro arcade game. What did you guys think? Sound off your thoughts and comments on this set up below! “The continuation of the epic Thor franchise will be powerful … END_OF_DOCUMENT_TOKEN_TO_BE_REPLACED

"Doctor Strange, you think you know how the world works. What if I told you the reality you know is one of many." Marvel Studios has revealed an awesome new poster and trailer for 'Doctor Strange,' featuring tons of amazing new footage and dialogue. Stephen Strange: "What's this, my mantra?" Baron Mordo: "It's the Wi-Fi password. We're not … END_OF_DOCUMENT_TOKEN_TO_BE_REPLACED

Fox has just released the first trailer for the upcoming third season of 'Gotham,' featuring a highlight reel of this past season and a sneak peek at Season 3's 'The Court of Owls' and Fish Mooney. https://youtu.be/wHZFAO9Vw0Y The origin story continues on GOTHAM, and the stakes are higher than ever, as Super-Villains more ambitious and depraved are introduced, … END_OF_DOCUMENT_TOKEN_TO_BE_REPLACED

The new 'Star Trek' series has a new title!  During their panel at San Diego Comic-Con, Executive Producer Bryan Fuller revealed that the new series will be called 'Star Trek: Discovery.' CBS also unveiled the new logo, and released a teaser giving us a first look at the new ship, U.S.S. Discovery (NC-2031). Check it out! https://youtu.be/bqm9HSYbf0o ‘Star Trek: Discovery’ debuts on … END_OF_DOCUMENT_TOKEN_TO_BE_REPLACED 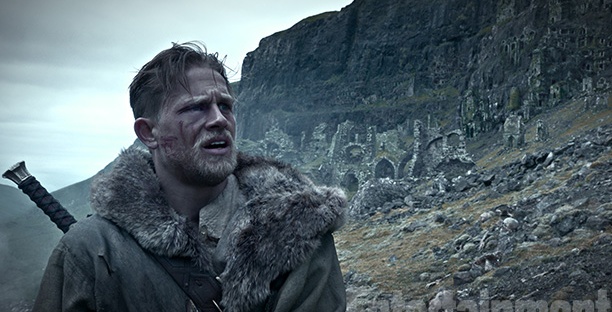 "You're quickly becoming a legend." Here's the first footage from Guy Ritchie's ‘King Arthur: Legend of the Sword,’ starring Charlie Hunnam, Jude Law, Eric Bana, Aiden Gillen and Astrid Berges-Frisbey. https://youtu.be/6rbPTQIdjmY Synopsis: The project is a re-imagining of the legend of King Arthur, believed to have been a 6th century king who defended Britain against Saxon invaders. The key … END_OF_DOCUMENT_TOKEN_TO_BE_REPLACED