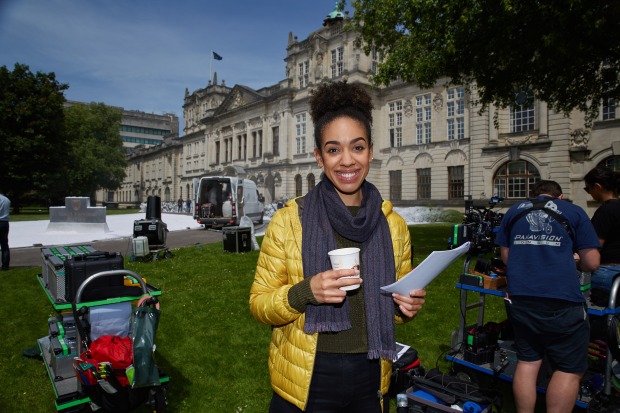 The BBC have released the first behind-the-scenes still and video of Pearl Mackie, the Doctor’s new companion, on her first day filming for Series 10 of ‘Doctor Who.’

Pearl was seen on the set filming at Cardiff University, which is doubling for St Luke’s University in Bristol.

‘Doctor Who’ will return to BBC AMERICA in December 2016 with a Christmas Special, followed by the new season in 2017.