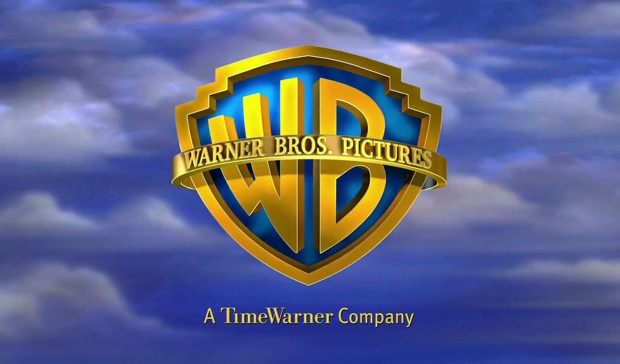 Warner Bros. Pictures have revealed their line-up for Saturday’s Hall H presentations, headed up by master of ceremonies Conan O’Brien. For more details, check out the press release below.

The Studio will highlight its upcoming slate of features, including “Wonder Woman,” “Suicide Squad,” “The LEGO® Batman Movie,” “King Arthur: Legend of the Sword,” “Kong: Skull Island” and “Fantastic Beasts and Where to Find Them.”

On Saturday, July 23, beginning at 11:30 a.m., Warner Bros. will showcase several of its most-anticipated upcoming feature releases in its Hall H presentation, headed up by master of ceremonies Conan O’Brien:

Sue Kroll, President, Worldwide Marketing and Distribution, stated, “Comic-Con is one of our favorite annual events and we’re thrilled to have an extraordinary lineup of films to highlight this year. It’s always exciting for us to give these fans a taste of what we’re bringing to theaters in such a direct way, connecting them with the talented actors and filmmakers who work so hard to make everyone’s movie-going experience a memorable one.”

“Wonder Woman” hits movie theaters around the world next summer when Gal Gadot returns as the title character in the epic action adventure from director Patty Jenkins. Before she was Wonder Woman, she was Diana, princess of the Amazons, trained to be an unconquerable warrior. Raised on a sheltered island paradise, when an American pilot crashes on their shores and tells of a massive conflict raging in the outside world, Diana leaves her home, convinced she can stop the threat. Fighting alongside man in a war to end all wars, Diana will discover her full powers…and her true destiny.

From director David Ayer comes “Suicide Squad,” starring Oscar nominee Will Smith, Oscar winner Jared Leto, Margot Robbie, Joel Kinnaman and Oscar nominee Viola Davis. It feels good to be bad… Assemble a team of the world’s most dangerous, incarcerated Super-Villains, provide them with the most powerful arsenal at the government’s disposal, and send them off on a mission to defeat an enigmatic, insuperable entity. U.S. intelligence officer Amanda Waller has determined only a secretly convened group of disparate, despicable individuals with next to nothing to lose will do. However, once they realize they weren’t picked to succeed but chosen for their patent culpability when they inevitably fail, will the Suicide Squad resolve to die trying, or decide it’s every man for himself?

Written and directed by Ayer based on the characters from DC, the film also stars Jai Courtney, Jay Hernandez, Adewale Akinnuoye-Agbaje, Ike Barinholtz, Scott Eastwood, Cara Delevingne, Adam Beach, and Karen Fukuhara in her feature film debut. It is produced by Charles Roven and Richard Suckle, with Zack Snyder, Deborah Snyder, Colin Wilson and Geoff Johns serving as executive producers. Warner Bros. Pictures presents, an Atlas Entertainment production, a film by David Ayer, “Suicide Squad.” The film will be distributed worldwide by Warner Bros. Pictures, a Warner Bros. Entertainment Company. The film opens worldwide in 3D, and in 2D, and in select IMAX 3D theaters August 5, 2016. “Suicide Squad” is rated PG-13 by the MPAA for sequences of violence and action throughout, disturbing behavior, suggestive content and language. www.suicidesquad.com

About “The LEGO Batman Movie”

In the irreverent spirit of fun that made “The LEGO® Movie” a worldwide phenomenon, the self-described leading man of that ensemble – LEGO Batman – stars in his own big-screen adventure. But there are big changes brewing in Gotham, and if he wants to save the city from The Joker’s hostile takeover, Batman may have to drop the lone vigilante thing, try to work with others and maybe, just maybe, learn to lighten up.

Will Arnett reprises his starring role from “The LEGO Movie” as the voice of LEGO Batman, aka Bruce Wayne. Zach Galifianakis stars as The Joker; Michael Cera as the orphan Dick Grayson; Rosario Dawson as Barbara Gordon; and Ralph Fiennes as Alfred. “The LEGO® Batman Movie” is directed by Chris McKay and produced by Dan Lin, Roy Lee, Phil Lord and Christopher Miller. It is written by Seth Grahame-Smith and Chris McKenna & Erik Sommers, with additional screenplay material by Jared Stern & John Whittington, based on LEGO Construction Toys, in association with LEGO System AS. Chris McKay also serves as an executive producer, alongside Ryan Harris. A Warner Bros. Pictures presentation, “The LEGO Batman Movie” will open in theaters on February 10, 2017. It will be distributed by Warner Bros. Pictures, a Warner Bros. Entertainment Company. www.LegoBatman.com

Warner Bros. Pictures and Legendary Pictures’ “Kong: Skull Island” reimagines the origin of the mythic Kong in a compelling, original adventure from director Jordan Vogt-Roberts. In the film, a diverse team of explorers is brought together to venture deep into an uncharted island in the Pacific—as beautiful as it is treacherous—unaware that they’re crossing into the domain of the mythic Kong.

About “King Arthur: Legend of the Sword”

About “Fantastic Beasts and Where to Find Them”

“Fantastic Beasts and Where to Find Them” is an all-new adventure returning us to the wizarding world created by J.K. Rowling. Academy Award winner Eddie Redmayne stars in the central role of wizarding world magizoologist Newt Scamander, under the direction of David Yates, who helmed the last four “Harry Potter” blockbusters. The film opens in 1926 as Newt Scamander has just completed a global excursion to find and document an extraordinary array of magical creatures. Arriving in New York for a brief stopover, he might have come and gone without incident…were it not for a No-Maj (American for Muggle) named Jacob, a misplaced magical case, and the escape of some of Newt’s fantastic beasts, which could spell trouble for both the wizarding and No-Maj worlds.

Starring with Redmayne are Katherine Waterston, Dan Fogler, Alison Sudol, Ezra Miller, two-time Oscar nominee Samantha Morton, Oscar winner Jon Voight, Ron Perlman, Carmen Ejogo, Jenn Murray, Faith Wood-Blagrove and Colin Farrell. The film marks the screenwriting debut of J.K. Rowling, whose beloved Harry Potter books were adapted into the top-grossing film franchise of all time. Her script was inspired by the Hogwarts textbook Fantastic Beasts and Where to Find Them, written by her character Newt Scamander. The film reunites a number of people from the “Harry Potter” features, including producers David Heyman, J.K. Rowling, Steve Kloves and Lionel Wigram. Warner Bros. Pictures has slated “Fantastic Beasts and Where to Find Them” for worldwide release in 2D and 3D in select theatres and IMAX on November 18, 2016. www.fantasticbeasts.com