Yesterday I thought I would be doing a Facebook Live video today, letting those who wanted to know, about what was coming up for me this year. I’m really excited about 2018 and when I am really excited I like to share it. Not to brag or anything, just to simply share the joy.

As today wore on, my anxiety about doing a video got the best of me and I didn’t do one.

I still very much want to share whats coming up for me, even if it’s just in this little corner of the blog. 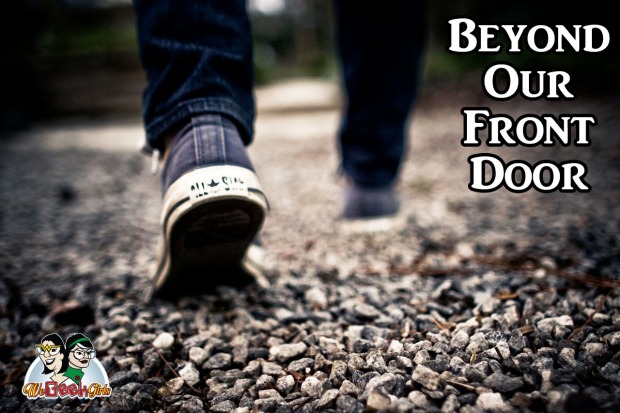 It has been well over a year since we’ve put anything in this space and I think it’s pivotal that the returning to this page comes at this point in time.

I’ve been following the charity To Write Love on Her Arms  11 of it’s almost 12 years. Please visit the website for it’s very beautiful story and mission.

The introduction to this charity came at the start of great transition for me and the motto #loveisthemovement became very real to me. The first time I had to explain the sticker on my car to someone, it was a pastor. When I got to the part about someone cutting the words “Fuck Up” on their arm, I think I lost him. It broke my heart that he couldn’t listen past the profanity to hear that someone saw themselves that way so deeply on the inside that they put it where they could see it. I’ve never cut myself but I have felt the darkness that leads to wanting to feel anything but IT.

Our stories are important, even if they aren’t fully understood.

Over the years, people have been put in my path who have challenged everything I ever knew about love, hate, life, death, darkness, light, self worth, self love, vulnerability, sensitivity, friendship, truth and living authentically.

In those years I kept coming back to TWLOHA for it’s vision and it’s message. I knew I was meant to convey a similar message, but I still felt too broken to do it.

Two and a half years ago I began to really seek help for myself and in it began to uncover who I really am. Always wanting to do MORE but not really knowing how, that person made a solo voyage down to Florida last year for the TWLOHA event #HeavyAndLight 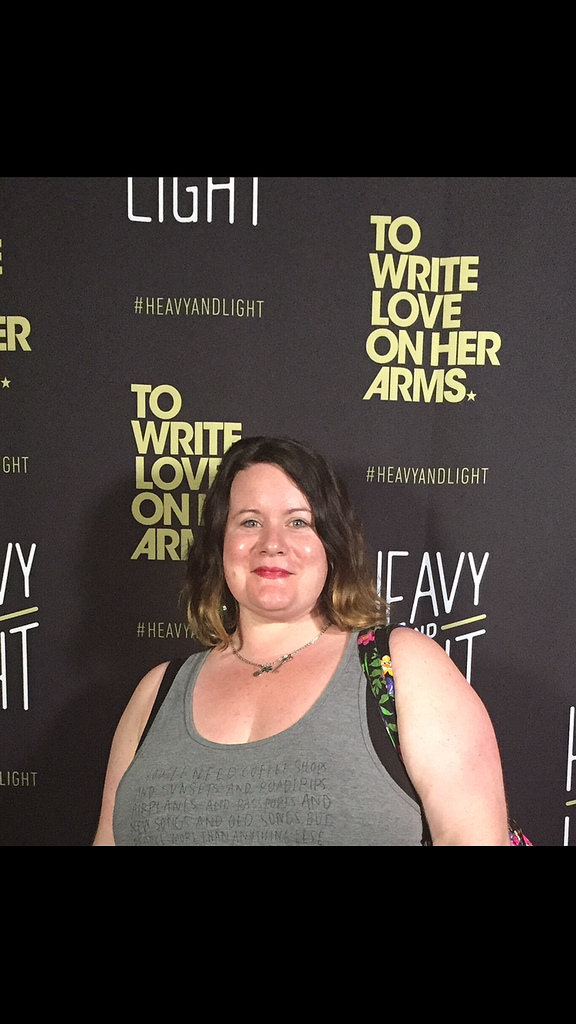 The entire journey down was stretch for me. Before that, I always found a companion to travel and attend things with. Going solo directly affected my experience in the best possible way. That night was filled with the most incredible collective energy and it was exhilarating! If you’ve never felt like you could levitate out of sheer joy, I highly recommend it!

That evening also led to a long awaited meeting. The founder, Jamie Tworkowski had written a book a couple years before called If You Feel Too Much . Having read the book three times at that point and found myself on nearly every page, I just wanted a chance to tell him how much it meant to feel completely understood. I got the chance and it remains a top life moment for me. 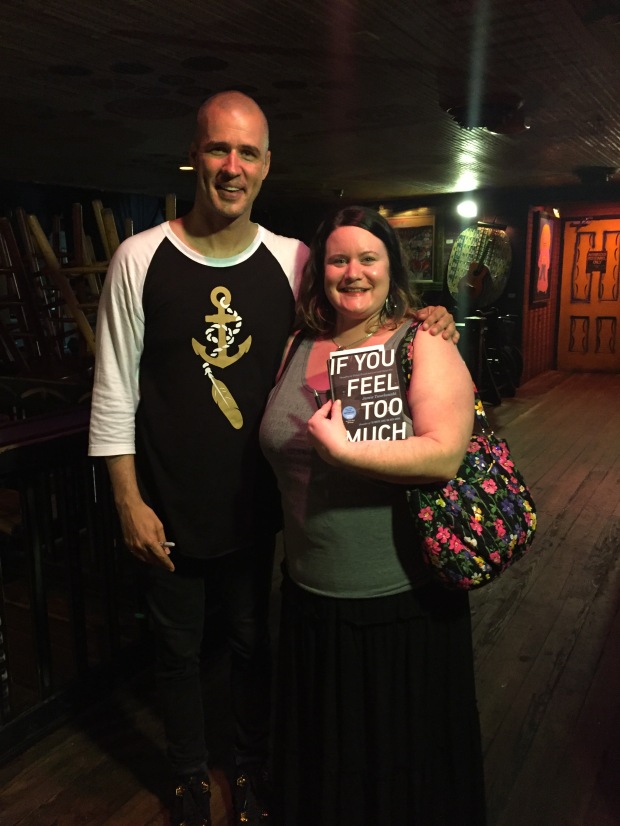 If you feel too much, like us, read the book! You are not alone!

Still stuck in wanting to do something but still not knowing what, I kept purchasing shirts and accessorizes and kept striving to be light, love and hope.

Sometime before the summer was over, TWLOHA started the Blue Community, a monthly donation based community that serves to help TWLOHA broaden it’s message and help fund treatment/recovery for those struggling with mental health issues. Becoming a founding member was something I was beyond ready for. Almost immediately, the more that I was waiting for was there! Each member received a token with several little symbols on it that serve as a reminder of the work we are contributing to. I carry it in something that I use everyday so that, everyday, I can remind myself just what love can do. 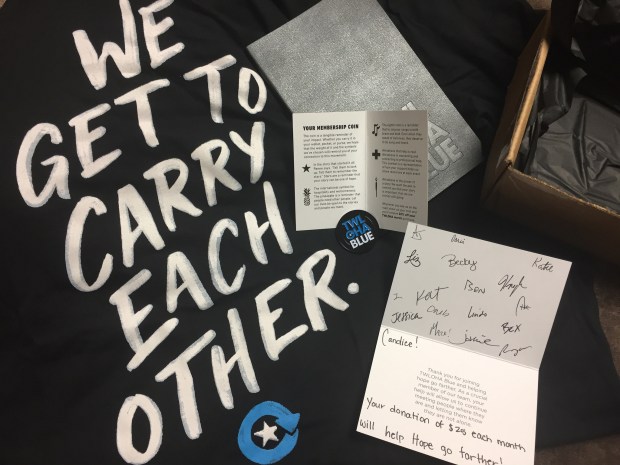 The BEST shirt I own!

By this time in the year, people began to ask me about the tanks, the shirts and all the posts.

September is National Suicide Prevention Month. I decided it was time to share and to give the people who care about the things that I do with my life, a chance to know more and to give. I chose to do my fundraising via the Stay campaign TWLOHA offered 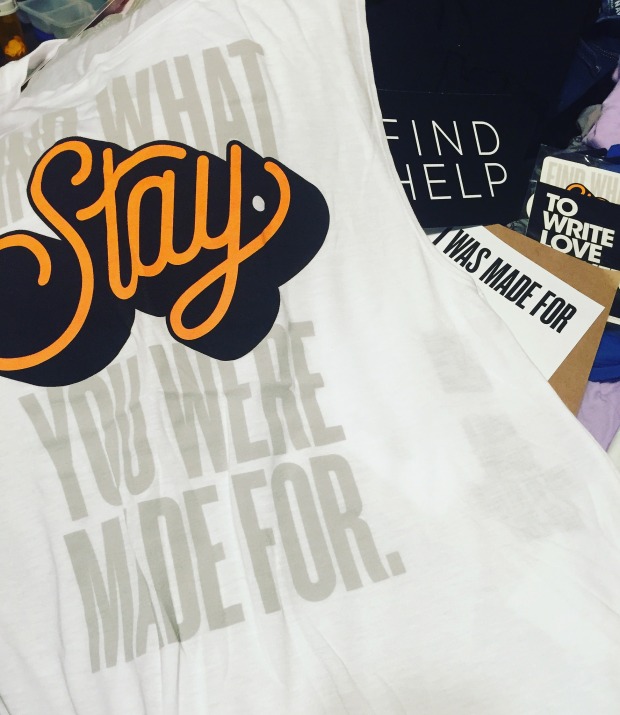 It turns out “Stay, Find out what you were made for” starts quite the conversation. Prompted by the STAY promotional video, I did my first, EVER, Facebook Live. I shared my funding page link and a little bit of my story in a video and holy crow was it powerful! Not only did people tune in, they offered words of encouragement, pledged and shared the video. It blew me away. It’s not that I didn’t think I knew incredible people, because I did. I guess I was just surprised they were paying attention to me.

***During this campaign I also applied to become a Crisis Counselor with the Crisis Text Line. News which I had hoped to share in my second video.

My fundraising goal was $1,000 so by the time I reached $500, I decided to do a second video. In this one I was coming from a place of just gratitude that those who contributed, did. Feeling comfortable enough to share a little more, I did. I don’t remember exactly what I said but I do know that I received messages over the next several days from people who had someone in their life they wanted to meet me. Me? Whoa, wasn’t expecting that and admittedly didn’t know what do with it (haven’t forgotten though).

I ended up raising about $675. It wasn’t my goal BUT it helped 11 people get treatment and that is HUGE!!!

(Thank You again to all who contributed)

The rest of the year FLEW by. I purchased a few more shirts, a bandana and these lovely camp cups… 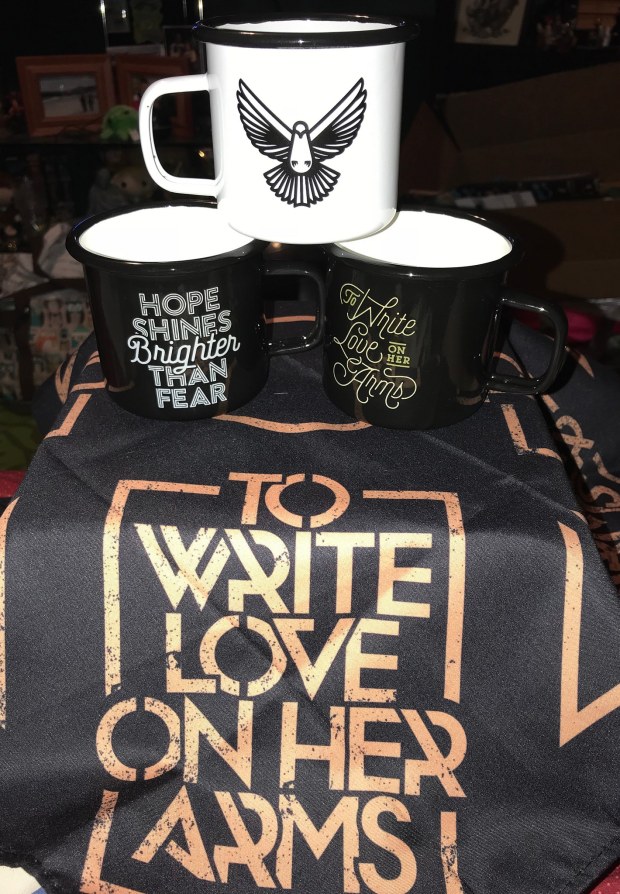 Sometime around November, Jamie Tworkowski announced something special he was working on. 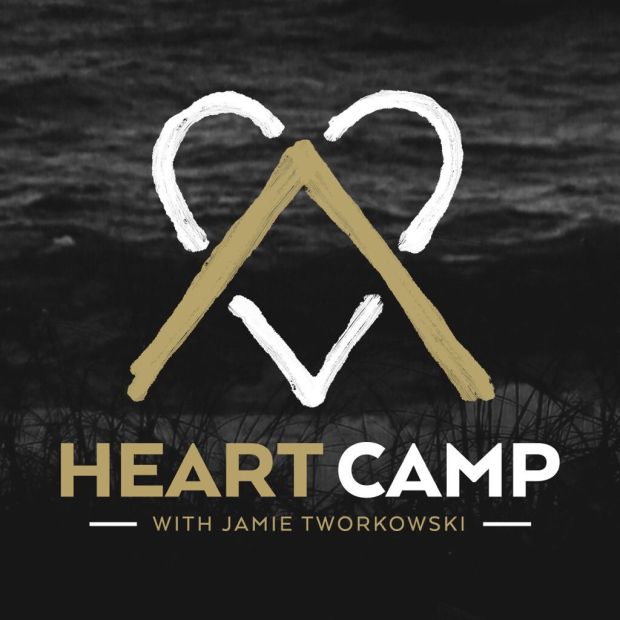 Without really knowing what it was, I immediately said “I’M IN”

What is Heart Camp you ask? Well, take a look at that logo would you!! It’s a camp for HEARTS!!

Ok, so what this means to me is that a group of like hearted souls are coming together to talk, share stories, laugh, plan, ask questions and most definitely cry (It’s what you do when you feel too much, right!?) but the official answer can be found here…

It only took about two days for my intuition to attend to be confirmed. I was once again speaking to someone about life and they brought up their daughter and some of the things she struggled with…she didn’t know how to help her. All I wanted to do was hug her daughter and tell her “you matter”.

It dawned on me during that conversation even if we have supportive family and friends, we don’t always lean on them. I know this because so many times I have been that person.

This conversation led me to my why…When I said “yes” I had no idea why I did, only that it felt right…and that, above all, is what I listen to right now.

So, I am going to the first Heart Camp a week from today, Jan 14 & 15. I am going to remind myself that my heart matters, to meet 39 other hearts that matter and to, hopefully, figure out how I can contribute to the message that EVERY HEART does.

Amazingly the money to achieve this goal was there exactly when I needed it and now the only thing left to do is make the journey down. The drive to Florida last year is what I feel like made this decision so easy for me, so, I am choosing to drive again.

Fassbender (my camera) is making the trip with me so a majority of the photos will post later BUT I promise to post updates as I go!!

Thank YOU for taking this journey with me. It’s an honor to have your support! 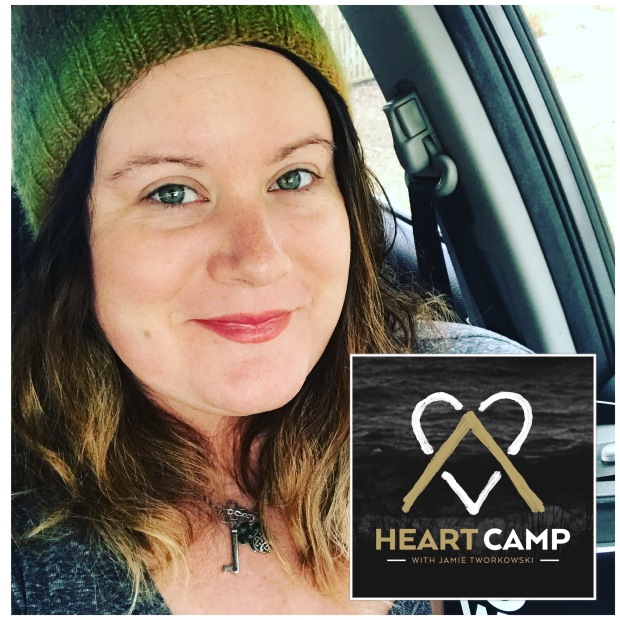 ***If GiGi and I have learned anything in the 4 “official” years of being submersed in the geek community, we see that the need for MORE conversation/support for those struggling with mental health, self harm and substance abuse is just as important as our collective fandoms. It is my hope that the things I learn from my weekend at Heart Camp will help both of us truly love, give and serve from this platform not only as personalities but as humanitarians*** <# 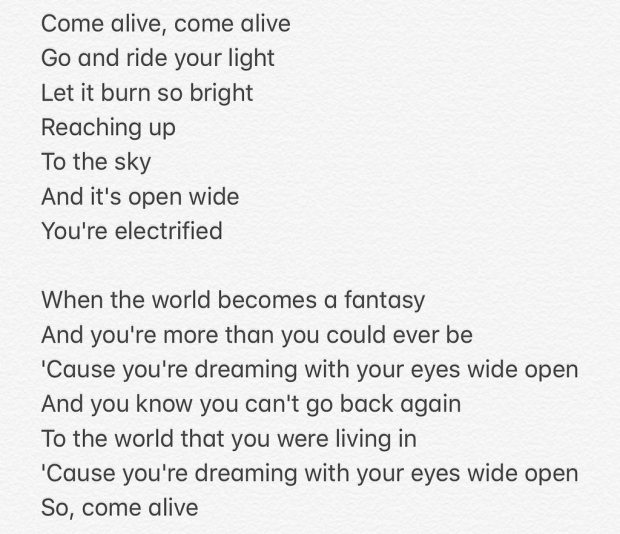 a 2018 anthem from The Greatest Showman